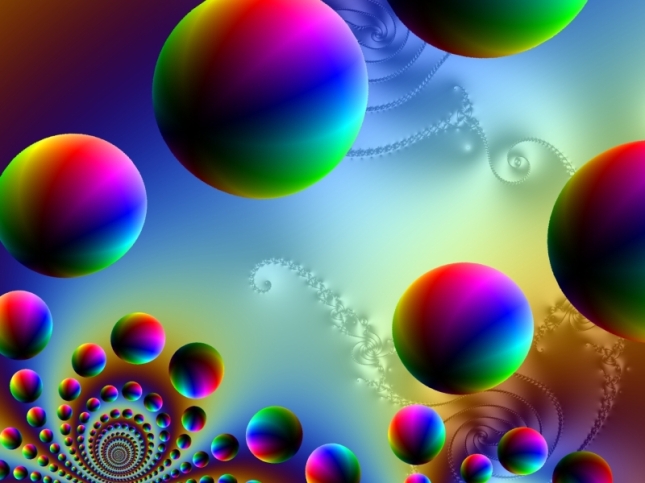 Is American medicine on the brink of a psychedelic revolution?

It’s seeming more and more likely. A scientific review of the existing research into the therapeutic applications of psychedelics, published last week in the Canadian Medical Association Journal, highlights the enormous potential of substances like LSD, psilocybin (hallucinogenic mushrooms) and MDMA (the active ingredient in Ecstasy) for treating a host of mental health issues, including post-traumatic stress disorder, addiction, anxiety associated with terminal illness and depression.

While the research is still young, the small, preliminary studies highlighted in the review have shown that positive results can come from short courses — or even single sessions — of psychedelic-assisted psychotherapy.

“The studies are showing big effects,” Dr. Matthew Johnson, a behavioral pharmacologist at Johns Hopkins University and one of the study’s authors, told The Huffington Post. “The exciting thing isn’t just that these drugs work for something that we already have treatment for. It’s that they’re getting big effects on disorders for which we have very poor treatment.”

HuffPost Science caught up with Johnson, who has conducted extensive research on the therapeutic applications of psilocybin and other hallucinogens, to learn more about how psychedelics could fundamentally change the way we treat mental illness.

Some people are calling psychedelics a “paradigm shift” in mental health care. Do you agree?

“Paradigm shift” is an appropriate term. It’s often overused in science, but this really is the case. There are fundamental differences in the approach of existing medication and psychedelic treatments, so that’s why we call it a different paradigm.

This is truly medication-facilitated therapy. So much of the data suggests that it’s the nature of the subjective experience that one has while under the effects of the substances that determines the long-term benefits — it’s not just taking the substance. Psychedelics open a door to the mind, and then what’s behind that door is really all about the participants and the intention that they bring to the session.

The fact that the effects last beyond the time that you take the medication — that’s really a new paradigm in psychiatry.

Research has looked at psychedelic treatments for a range of mental health conditions. Are there any areas that you’re particularly excited about, or that look especially promising?

I hate to say everything! [laughs] I’m really impressed by the research in the three big categories — psilocybin and LSD for cancer-related anxiety and depression, psilocybin for addiction and MDMA for PTSD. There’s even some preliminary, limited research on obsessive-compulsive disorder that looks promising.

The study we conducted on psilocybin for cigarette smoking at Johns Hopkins had a very high success rate — 80 percent of people were abstinent after six months, which is really off the charts compared to typical treatments. And with alcoholism, a pilot study found a strong effect as well.

It’s really the magnitude of the effects that’s exciting.

These studies have shown that patients often achieve lasting results after just a few sessions, and one study even found a single session of psilocybin to produce lasting personality changes. How is it that these substances can have such powerful effects? What’s going on in the brain?

We don’t know exactly how yet, but we suspect [there may be] some lasting changes in the way different areas and processes in the brain communicate or synchronize with each other. We suspect there is some level of fundamental reorganization.

What are some potential dangers of taking these drugs? Are “bad trips” a concern?

There are risks to all medical interventions, so the relevant question is, “What’s the balance of potential benefit to risk?”

In terms of so-called bad trips, we really encourage the participants in our studies to consider these [as] challenging effects that they can learn from as they integrate these difficult psychological experiences.

Things do happen, but they’re relatively rare. We’re very mindful, and as a field, we’ve been very responsible with monitoring and safeguarding these sessions. About a third of participants taking a high dose of psilocybin will at some point in time during the session have what you might call a bad trip. It’s going to be aversive — the person may be very frightened — but in the context of this type of trial, when they’re on the couch and being monitored, the person can’t do something stupid. We don’t see any evidence of prolonged psychiatric reactions or harm, or of the person “not coming back.”

However, people with active psychotic disorders or a strong predisposition for such disorders should not receive these treatments. We can reliably select out these individuals through careful psychiatric screening.

These drugs were researched extensively in the 1950s and 1960s, but funding stalled when the substances were classified as dangerous and lacking in medical value. Are scientists still facing these challenges?

This is really the biggest challenge, but I’m not concerned, because everything is on track right now. There’s been very little governmental funding for research on these types of therapeutic compounds, but we’re hopeful and we think it’s very likely that this is going to change.

This a very new area, so an initial reluctance is very understandable and we’re letting the data speak for itself. It takes time.

Besides Johns Hopkins, what other institutions are leading the way? If people are interested in participating in clinical trials, what can they do?

Hopkins has by far conducted the most extensive psilocybin research in the U.S. UCLA published a study on 12 cancer patients, and NYU recently conducted a study of about 30 cancer patients. [The] University of Alabama at Birmingham has initiated a psilocybin trial for cocaine dependence with a couple of dozen folks. At Hopkins, we have administered over 500 doses of psilocybin over the last 15 years. For psilocybin outside of the the U.S., hundreds of volunteers have received psilocybin at the University of Zurich, and Imperial College in London has published a few small studies recently.

If you’re interested in taking part in clinical trials, look up psilocybin or MDMA on clinicaltrials.gov.

We’re still at the early stages of this research. How far are we exactly from psychiatrists being able to use psychedelic-assisted therapy with their patients?

In the context of tightly controlled therapeutic trials, the answer is “now.” In terms of standard clinical care, it depends on the context. We’re farthest along with research on psilocybin for cancer-related anxiety and depression. That’s the closest to a phase 3 study, which, if successful, could lead to approved subscription use under fairly narrow conditions. Other, further research would then explore the boundaries of that treatment.

[Editor’s note: Phase 2 trials are when the drug is given to a larger group of people than in the initial trial to monitor its effectiveness and safety. Phase 3 trials are used to confirm efficacy, further evaluate side effects and determine usage guidelines.]

Then there’s addiction. Early trials for cigarette smoking and alcohol have been conducted and look very promising, so the next steps are phase 2 trials, which are currently underway.

It’s not black and white, but I would expect that within the next 10 years there will be prescription use [for psilocybin and LSD], at least for cancer-related indications. Article Source