What Are Your Child’s Behaviors Telling You? 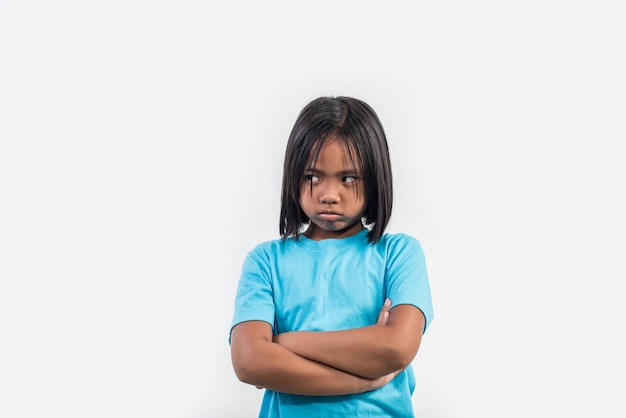 “Dealing with a child who has High Functioning Autism (HFA) comes with many challenges. It is helpful for caregivers to understand that their children are not being intentionally contrary when they act out. They simply don’t possess the skills required to deal with their own challenges. Their behavior is a communication tactic, and both parents and professionals who work with children who have HFA need to ‘hear’ the messages in their behavior. According to Ozonoff et al. (2015), these children do not have the ability to employ language to express themselves; thus, they typically throw tantrums or exhibit other challenging behaviors in unproductive attempts to convey one or more of the following:

Reasons for Meltdowns and Tantrums

According to Lavoie (2005, p. 375) there are a number of reasons why children with HFA may have meltdowns.

Children with HFA may be triggered more quickly than typically developing children. Their reactions may be more intense, and they may take longer to calm down. They are often triggered by sounds, smells, tactile materials, or even light. According to Sheedy Kurcinka (2015), some situations that can trigger behavioral incidents are:

Some children are disturbed by books that are aligned at different heights or different colors to the extent that they are not able to remain in the classroom. It is helpful to have these children organize them in a way that is comfortable for them. Some children are also uncomfortable if desks are not aligned symmetrically. You can give them time, perhaps once a week or during recess, to arrange the desks in a way that they like (Hughes-Lynch, 2012).

It is not always possible to avoid meltdowns, but in order to help reduce their frequency and intensity, it is helpful to have consistency, routine, and rules. Children with HFA thrive on consistency and routine. As mentioned earlier, they are also governed by rules. It is helpful to have some rules in place for even the smallest activity so that they know exactly what is expected of them and what will happen. Rules can also help to provide parents with specific information to use when a child is acting inappropriately. For example, “The rule is only one candy before dinner.” Children with HFA usually understand rules and respond well to them.

Despite our best planning and efforts, unexpected occurrences will happen, and meltdowns can quickly follow. During these times, it is important to do the following (Lavoie 2005, pp. 375-376):

When we give children minor decisions to make, they feel like they have some control over themselves and the situation. It is not at all useful to discuss the child’s tantrum behavior while they are in the middle of it. It is helpful though to speak to them about it later, when they are calm again. For instance, “Sara, I know you were really upset when you could not have your regular snack because we had run out of it. What could we do next time to help you when we run out of your favorite snack?”

Transitions are particularly difficult for children with HFA and are a major cause of meltdowns. Since parents may be unaware of this trigger, they can benefit from learning skills to deal with transitions.”

For more information on the types of transitions, strategies to prevent meltdowns, and supporting parents in managing behavior at home, refer to the course High Functioning Autism in Children.

Professional Development Resources is approved to sponsor continuing education by the American Psychological Association (APA); the National Board of Certified Counselors (NBCC ACEP #5590); the Association of Social Work Boards (ASWB Provider #1046, ACE Program); the American Occupational Therapy Association (AOTA Provider #3159); the Commission on Dietetic Registration (CDR Provider #PR001); the Alabama State Board of Occupational Therapy; the Florida Boards of Social Work, Mental Health Counseling and Marriage and Family Therapy (#BAP346), Psychology & School Psychology (#50-1635), Dietetics & Nutrition (#50-1635), and Occupational Therapy Practice (#34); the Georgia State Board of Occupational Therapy; the New York State Education Department’s State Board for Mental Health Practitioners as an approved provider of continuing education for licensed mental health counselors (#MHC-0135); the Ohio Counselor, Social Worker & MFT Board (#RCST100501); the South Carolina Board of Professional Counselors & MFTs (#193); the Texas Board of Examiners of Marriage & Family Therapists (#114) and State Board of Social Worker Examiners (#5678); and is CE Broker compliant (all courses are reported within a few days of completion).

Posted by bethpdr on December 11, 2019 in Mental Health